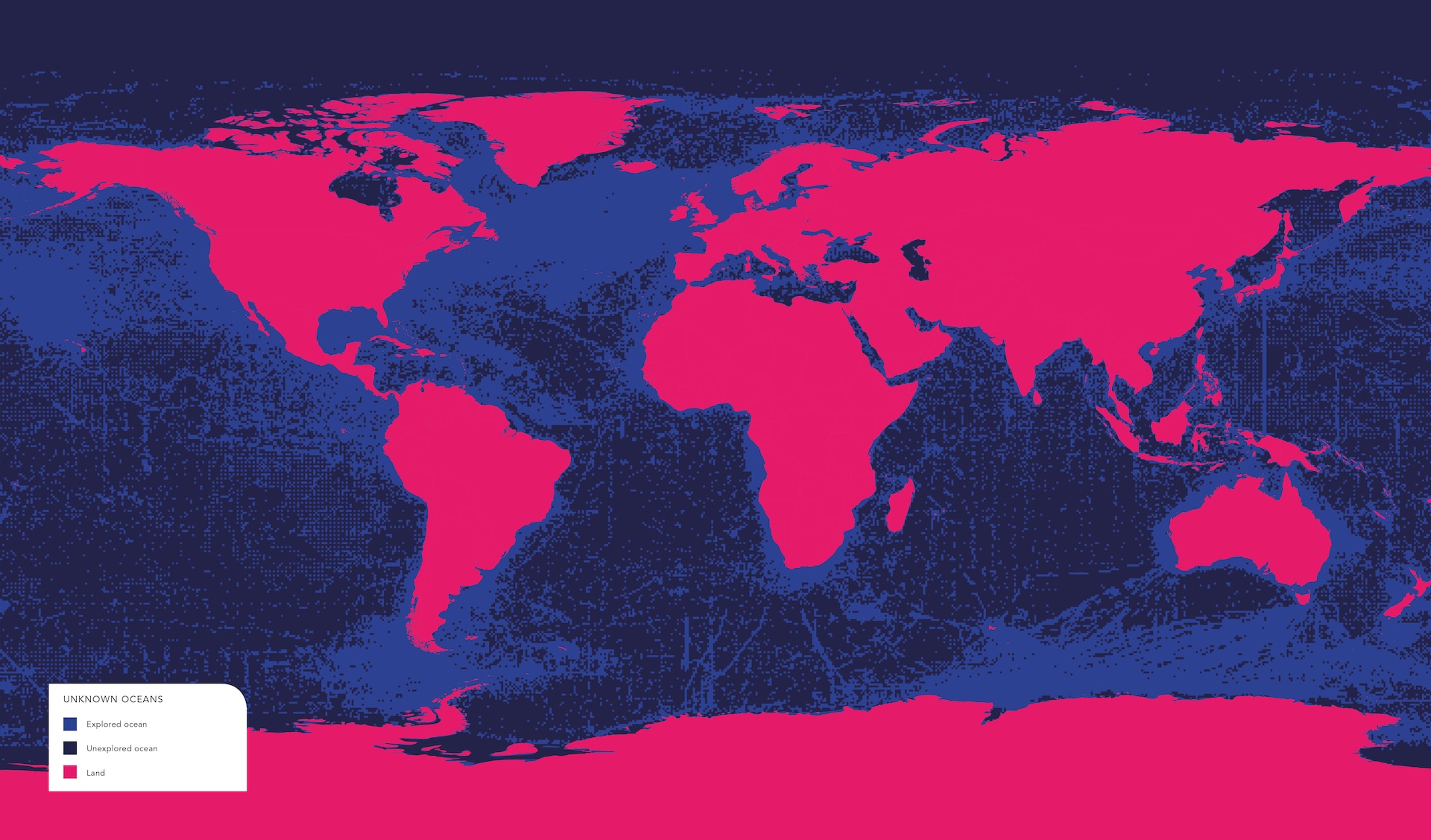 A useful reminder, if it were needed, of just how much we don’t know about our oceans. The areas in light blue on this map show where we do have survey data, where marine life has been identified and studied; the dark blue areas (the vast majority of the globe) are where we have little or no survey data at all.

This is obviously not a new problem, but technological advancement is starting to show promise that the ocean knowledge deficit can be addressed. If embraced, satellite-derived bathymetry (such as that provided by companies such as TCarta Marine) and hydrography and other ocean data services delivered by lower-cost and persistent autonomous vessels (such as provided by our good friends at AutoNaut) can help to bridge the gap.

Small satellite market worth USD 7.53 billion by 2022 (via Markets and Markets)

Part of the answer to the oceans data deficit will also align to the growth of small satellites. A new Market and Markets report this week highlighted the growth coming in that sector. As we move from Old Space to New Space and the market opens up to allow many more companies to build, launch and share data from their own small satellites (many as small as a household toaster!), the opportunities for affordable Earth Observation could increase exponentially.

This also applies to companies who use data. Not completely happy with the EO data provided by existing satellite networks? Well why not just launch your own? That’s what SRT Marine Systems announced recently. SRT provide maritime tracking, management and surveillance technologies. and, announces that it will build and launch its own maritime monitoring satellite constellation, called OCEAN-SCAN, which will provide “enhanced global vessel detection and tracking and a new recurring revenue source from maritime domain awareness (MDA) system project customers.”

Initially comprising six Low Earth Orbiting (LEO) satellites in equatorial and polar orbits to provide global coverage, the constellation will specifically focus on equatorial regions as they provide the greatest opportunities for Marine Domain Awareness. OCEAN-SCAN is expected to be fully operational in 2019.

So, we know that connectivity is the secret to enabling the Blue Economy, and that satellite communications have made great inroads to cracking to conundrum of affordable, reliable broadband (more accurately near broadband) connectivity for shipping and satcomms service providers are offering ever more user oriented packages.

However, there is much more to the Blue Economy than shipping – fishing, offshore Oil & Gas, renewables, seabed mining, leisure, tourism, marine bio technology and, of course, aquaculture – which is where connectivity is and could be a game changer.

HAPS (High Altitude Pseudo Satellites) are, we believe, part of the answer to persistent connectivity – operating on the edge of the stratosphere and holding location through clever manipulation of differing windspeeds and direction at varying levels of the air column.

Multiply the number of HAPS, add some clever AI and a 24/7 operational control centre and, bingo, you have a localised connectivity platform for numerous fish farms in remote locations or for disaster relief operations such as cell phone services for hurricane-hit Puerto Rico.

The big Blue Economy news this week was related to the release of this new report on the potential of offshore energy, produced by the Carnegie Institution for Science in Stanford, Calif.

Wind speeds on the ocean can be as much as 70% higher than on land. Storms over the mid-latitude oceans regularly transfer wind energy down to the surface from high altitudes making a much higher upper limit on how much energy wind turbines can capture than on land.

The study also notes that wind energy gathered on land has an upper limit due to how structures on the land, both natural and manmade, can slow wind speeds. Land-based turbines themselves slow the air reducing the amount of energy subsequent rows of turbines can generate. The ocean, on the other hand, has a much higher limit.

This provides the wind energy potential over the oceans that could be used to generate “civilization scale power.”

The report’s authors were quick to point out that they didn't think that development on such a scale was likely. Investment cost aside, not many coastal residents would vote wind turbines as far as the eye can see. But the point has been reinforced that there is a huge amount of untapped energy in the oceans. Who will be able to harvest it in the best, most sustainable and cost-effective way?

Congratulations to report author Ken Caldeira and team for this valuable contribution.

Lots of news as ever on the growing number of methods, programmes and initiatives intended to reduce the amount of illegal fishing in the world’s waters.

We are great believers in satellite-powered services such as the brilliant UK company OceanMind, who blend satellite data with world-leading fisheries expertise to identify and analyse suspicious activity in targeted waters so that regulators or nations states can better target interdiction resources.

However, this particular article caught our eyes as an example of the type of co-ordinated approach needed to close loopholes which enable illegal fishers to continue to undertake their hugely damaging activity.

The firms who have signed up to the scheme will deny insurance for vessels on an EU blacklist of over 100 ships involved in illegal, unregulated and unreported (IUU) fishing around the world.

This closes a loophole that – through poorly defining what is meant by pirate fishing - previously allowed them to continue to ply their trade. A hat tip to the 20 insurance companies who have launched the scheme.