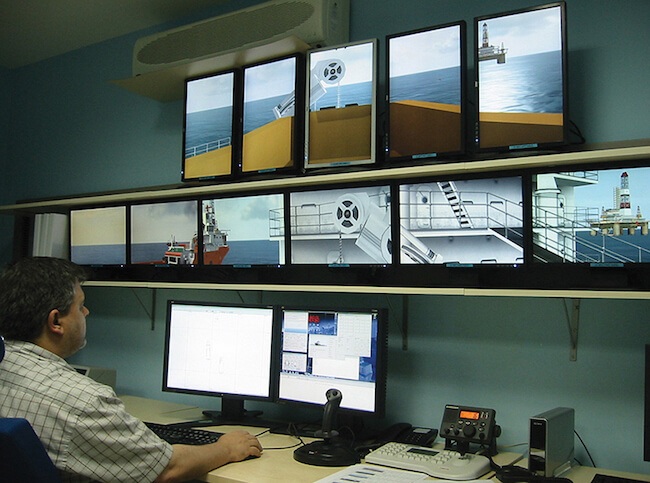 Simulation engines are gathering pace quickly, as graphics and responsiveness improve all the time, making possible training opportunities that promise lower-cost and much enhanced safety.

It's exciting to see such platforms becoming available to support USVs, themselves a rapidly developing technology.

The Arrow was a Canadian fighter jet developed in the 1950s that was lauded as a groundbreaking technological achievement before the programme’s controversial cancellation in 1959.

The sonar images were captured using Kraken Sonar's AquaPix Synthetic Aperture Sonar deployed onboard Kraken's ThunderFish Autonomous Underwater Vehicle (AUV). Divers will be sent down on a "reconnaissance mission" soon to try and to assess the jet’s integrity.

It feels like we are just at the very beginning of what might be possible with underwater and surface autonomous vessels utilising new imaging technologies – which are becoming smaller and more stable all the time. Congrats to all at Kraken Sonar and the private funders of the project.

There is much to like in Ambassador Clouder’s recent speech at IMPAC4 in Chile, and in her subsequent statement endorsing the conference’s Call to Action. She is quite right, of course, to comment that, “It is one thing to designate MPAs. It is another to protect and preserve them.”

With the UK’s 14 overseas territories combining to make up the fifth largest marine estate in the world, the problem of MPA governance is as much the UK’s as anyone’s.

Marine technology has to lead the way, so it was pleasing to see the good work of our friends at CEFAS, the MMO, NOC, BGS and the Satellite Applications Catapult (especially the amazing (OceanMind) also being referenced.

How Can Advanced Technologies Combat Illegal Fishing? (via Nasdaq.com)

A nice overview from Prableen Bajpai on an issue very close to our heart.

With the global cost of unlawful fishing reaching up to an eye-watering $23.5 billion annually, the effect on economise – many of them struggling to feed their own populations, never mind seek export growth – the huge problem of Illegal Unreported and Unregulated fishing demands further attention.

We hope to be able to share news of a new NLA UK-led collaborative technology effort on this issue later in the year.

BRICS AND THE BLUE ECONOMY

It can never be repeated enough that the Blue Economy has huge potential to drive and bolster economic growth, not hamper it. This message was broadcast loud and clear by the leadership panel at the recent BRICS Business Forum in Xiamen, southeast China.

Brazil, Russia, India, China and South Africa’s marine economies have been dominated by shipping, fishing, aquaculture, and oil and gas. They now include sectors such as marine chemistry, biomedicine, ocean power, seawater use, marine tourism, ocean engineering and construction. More will follow, often driven by new technological advances, so no wonder the BRICS countries are keen to give this areas such visibility.